UK postage stamp, celebrating the life of Robert Burns. From 2009

I love that tonight is Burns’ Night; a tradition that draws communities together to honour the Scots poet Robert Burns. It also prompts attention to his poems; almost all of which recognise and celebrate human (and sometimes, animal) resilience, and through the poems’ dignity, indignity or sometimes fateful humour, towards the human condition.

This year I’m drawn to: To a Mouse, on Turning Her Up in Her Nest with the Plough. Written in November, 1785, from the point of view of the ploughboy, this poem has inspired over centuries. A phrase within the poem – of mice and men – was taken as the title of the classic book by John Steinbeck. It also bestowed common-usage to the phrase – best laid plans – an allegory for those situations in life where, despite all our efforts to create and thrive, fate cuts us back.

At this time while Australia still smoulders, and buries an estimated half a billion animals, To a Mouse… resonates, for this night; and alludes to much in these times. In the UK, too many people have been cut down into homelessness, by a system that lacks the conscience of Burns’ humble, sympathetic plough-boy. 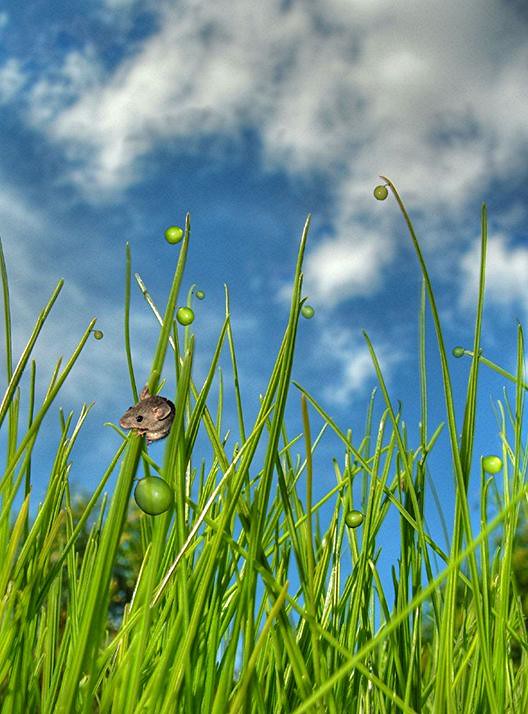 Fieldmouse in the lemon grass – photo by sammydavisdog

Poems are a rich resource for understanding life’s lessons. I sometimes work with people who are taking a chance on becoming writers or artists, poets and musicians. It is a bold, brave venture to risk precious time and potential judgement, failure, or rejection by others, to bring creative work more fully into the world. But the venture to become who each of us have the potential to be, is a risk that is worthwhile.

Sometimes, rewards that we seek for creative and other ventures, are too few; or seem too difficult to achieve. I have seen too many creative people give up, because criticism or other defeat ploughed by, and cut down dreams. Others can’t move beyond a certain point, despite best laid plans, for fear of what might happen. Or there are those who refuse to reflect, analyse, and let go of what no longer serves them and then do things differently.

It is easy to become thwarted by a sense of failure: but failure is an aspect of learning. It teaches us that a path we have taken is not the right path to the goal. Failure is not punishment, does not mean that the learner does not deserve, or is not capable of their goal. Giving up after failure is the result, very often, of having learned in an education system (or home environment, or both) that equates failure with shame and inadequacy, or punishment. Feeling a failure is most often a small gremlin pretending to be a tyrant, jabbing its pain across a whole lifetime. Living with a sense of failure is inevitable, when a person has not learned how to become resilient: that is, to have the ability to pick oneself up, dust off the disappointment and humiliation, and bounce back. And triumph.

If failure is good for nothing else – it is a lesson in realising the need to be more resilient; and to start again, paying greater attention to all parts of the process – including our attitude to failure. This immediate action to do something differently in the face of adversity, can be defined as grit. Grit comes of courage, determination, realisation, and sometimes (but not always) with support from others. By committing to the practice of grit, resilience is learned. Resilience is grit accrued in the bank of self-motivation and self-belief, forever after.

A lack of resilience can also arise from poor health: this might be physical, mental, or spiritual health, or, in a society where resources for recovery and support are more available to the wealthy than the poor: a lack of financial and social health. For those who can, creating a more equal and accessible society is to create a more resilient society. For those of us with the privilege of enough – even if that is sometimes barely enough – exercising this humanitarian duty pays off for everyone. The easiest ways to do this: share. Encourage. Tolerate. Include others. Commit to compassion.

There are all manner of ways to develop grit, and resilience. Some are to do with taking up new practices, others to do with letting go of old patterns of behaviour:

My Burn’s Night celebration will be quiet, at home with loved ones, and a toast to this poem. Others will celebrate in communities, and some not at all. However it is that you celebrate or do not – I hope that you can spare a few moments to read To A Mouse…

To a Mouse, On Turning Her Up in Her Nest with the Plough,
November, 1785. – Robert Burns

I doubt na, whyles, but thou may thieve;
What then? poor beastie, thou maun live!
A daimen-icker in a thrave
‘S a sma’ requet;
I’ll get a blessin wi’ the lave,
An’ never miss’t!

Thy wee-bit housie, too, in ruin!
Its silly wa’s the win’s are strewin!
An’ naething, now, to big a new ane,
O’ foggage green!
An’ bleak December’s win’s ensuing,
Baith snell an’ keen!

Thou saw the fields laid bare an’ waste,
An’ weary Winter comin fast,
An’ cozie here, beneath the blast,
Thou thought to dwell,
Till crash! the cruel coulter past
Out thro’ thy cell.

That wee bit heap o’ leaves and stibble,
Has cost thee monie a weary nibble!
Now thou’s turned out, for a’ thy trouble,
But house or hald,
To thole the Winter’s sleety dribble,
An’ cranreuch cauld!

But Mousie, thou art no thy lane,
In proving foresight may be vain:
The best-laid schemes o’ Mice an’ Men
Gang aft agley,
An’ lea’e us nought but grief an’ pain,
For promis’d joy!

Still thou are blest, compared wi’ me!
The present only toucheth thee:
But Och! I backward cast my e’e,
On prospects drear!
An’ forward, tho’ I cannot see,
I guess an’ fear!

English translation of the above:

Little, cunning, cowering, timorous beast,
Oh, what a panic is in your breast!
You need not start away so hasty
With bickering prattle!
I would be loath to run and chase you,
With murdering paddle!

I’m truly sorry man’s dominion
Has broken Nature’s social union,
And justifies that ill opinion
Which makes you startle
At me, your poor, earth-born companion
And fellow mortal!

I doubt not, sometimes, that you may steal;
What then? Poor beast, you must live!
An odd ear in twenty-four sheaves
Is a small request;
I will get a blessing with what is left,
And never miss it.

Your small house, too, in ruin!
Its feeble walls the winds are scattering!
And nothing now, to build a new one,
Of coarse green foliage!
And bleak December’s winds ensuing,
Both bitter and piercing!

You saw the fields laid bare and empty,
And weary winter coming fast,
And cozy here, beneath the blast,
You thought to dwell,
Till crash! The cruel plough passed
Out through your cell.

That small heap of leaves and stubble,
Has cost you many a weary nibble!
Now you are turned out, for all your trouble,
Without house or holding,
To endure the winter’s sleety dribble,
And hoar-frost cold.

But Mouse, you are not alone,
In proving foresight may be vain:
The best laid schemes of mice and men
Go often askew,
And leave us nothing but grief and pain,
For promised joy!

Still you are blessed, compared with me!
The present only touches you:
But oh! I backward cast my eye,
On prospects dreary!
And forward, though I cannot see,
I guess and fear! 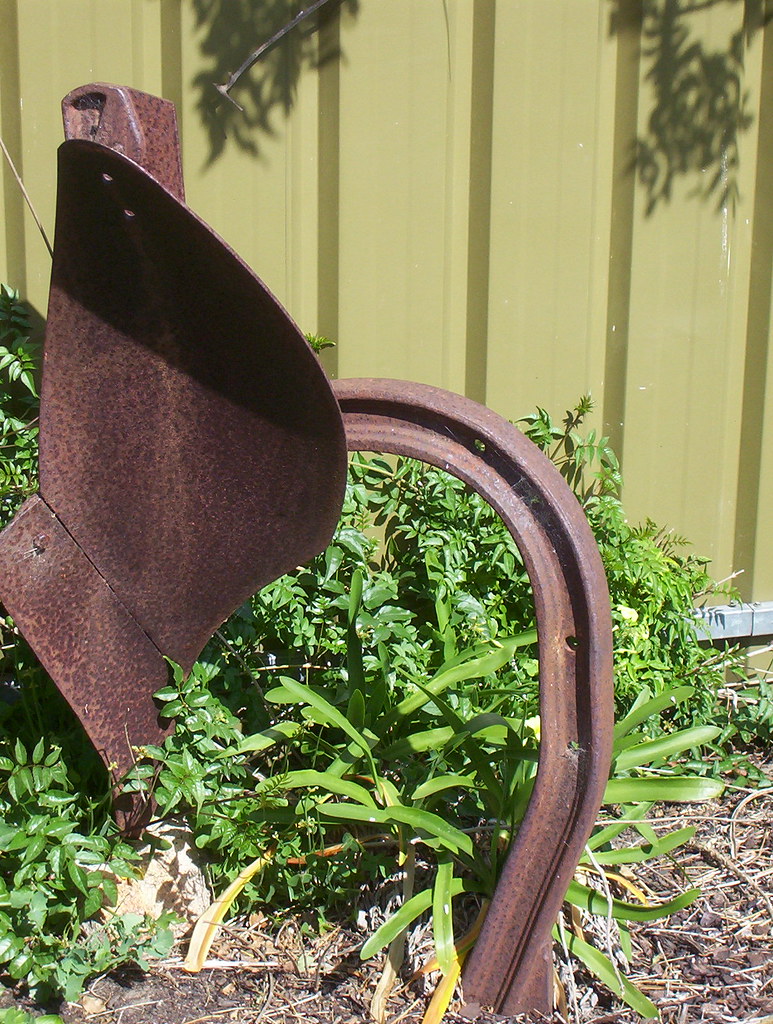